He takes a step forward and you can make out his features in a bit more detail. He’s Eurasian, with black hair cropped close to the skull, particularly around his silvery datajack. is eyes are a strange shade of violet, and he wears a ratty T- shirt and grubby jeans under a bulky jacket. 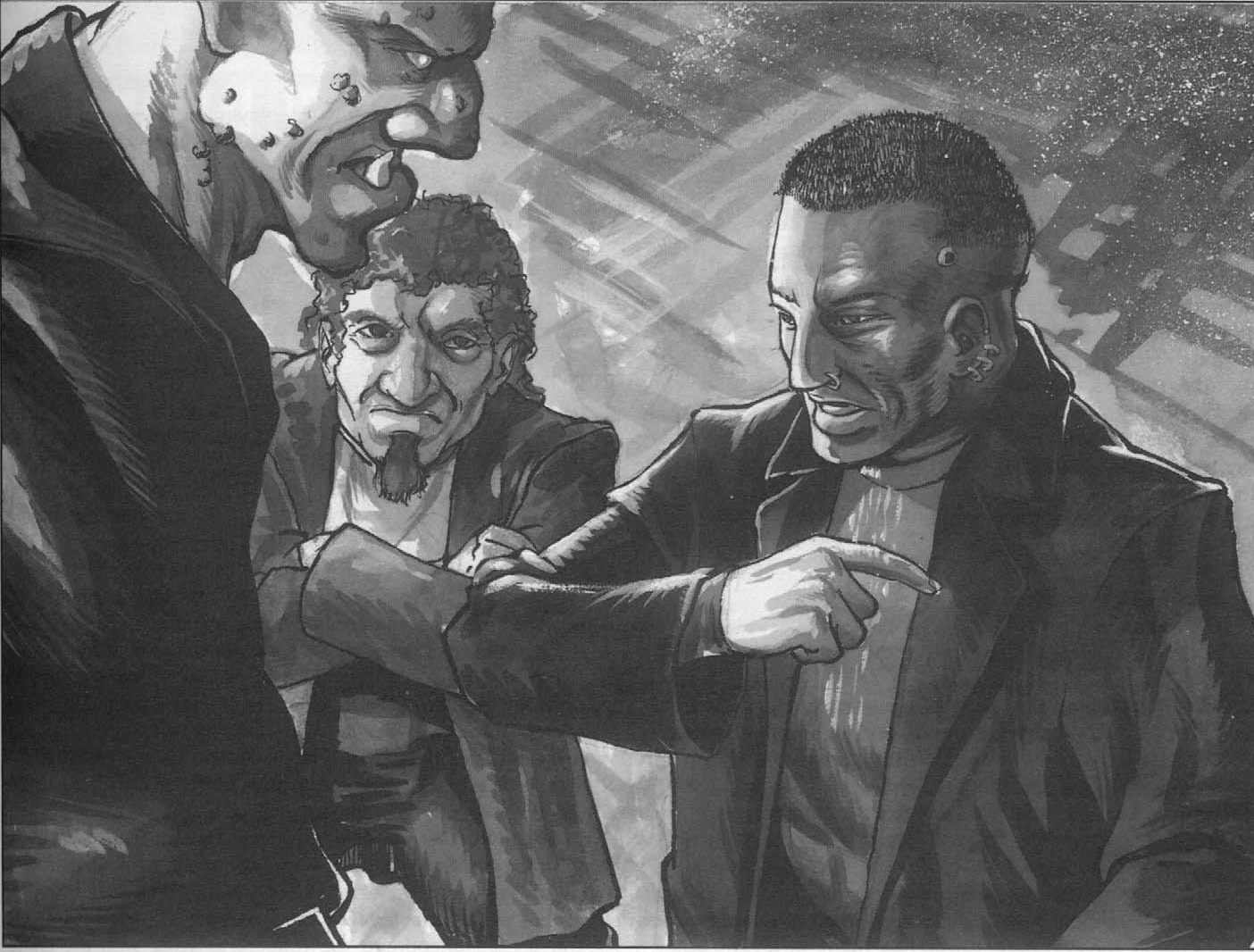 RONIN
Ronin is a man without a country, a past, or, in many ways, an identity. He was born Michael Bishop and raised in a Renraku corporate community , “where his talent for computers was noticed and encouraged early in his life. Michael attended a company - run school and eventually went to MIT^T on a company scholarship. Renraku selected Michael as a covert operations agent, and assigned him to infiltrate a tribe of otaku and learn their secrets. He was equipped with advanced cyberware and sent into the Rox in Boston to find the tribe known as the Netwalkers.
Bishop underwent the Netwalkers ' initiation to become an otaku, but Deus interfered. Bishop became an otaku, but he also became Deus unwitting pawn. The AI stole Bishop’ s memories of his former life and gave him the name “Babel. " Babel infiltrated Renraku and nearly gave Deus complete control of the corporation' s network, but then defied his creator, preventing the AI from succeeding. Feeling betrayed by everyone he' d ever trusted. Babel discarded all his former names and began calling himself “Ronin," a masterless warrior.
Since that time. Ronin has concentrated on further mastery of his otaku abilities. He has also learned more about his " creator. ' Deus, and the other people opposed to it. After Deus took over the Renraku Arcology, Ronin joined with these other people to help form a resistance group known as Overwatch. More than anyone else in Overwatch. Ronin knows first - hand what a threat Deus is to all humanity. He considers Deus a monster that must be destroyed. He’s devoted his life to that goal, and he’s willing to do whatever it takes to ensure Deus and its Banded "followers "—can do no further harm.
Ronin is a Eurasian man in his mid- 20s. He's thin and slightly shorter than average, but he has a stronger presence and bet - ter speaking voice than most people expect of a Matrix - jockey. His black hair is cut short, and his eyes are a deep violet color. He wears normal street clothes most of the time. His Matrix persona looks exactly like his real-world self, but it wears a dark cloak and a pouch from which he pulls program icons. 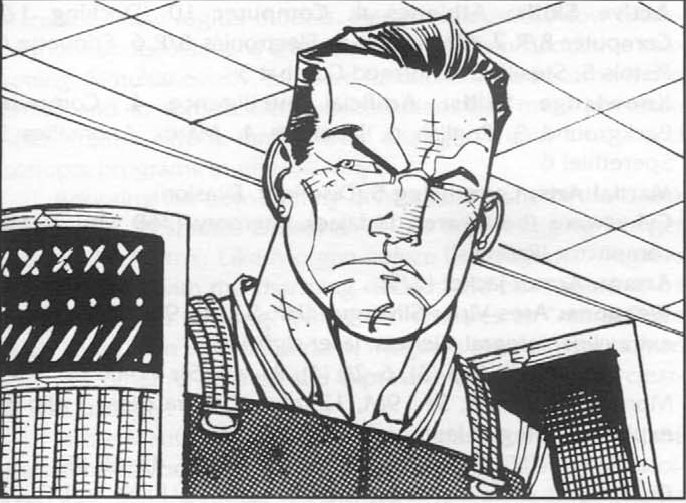